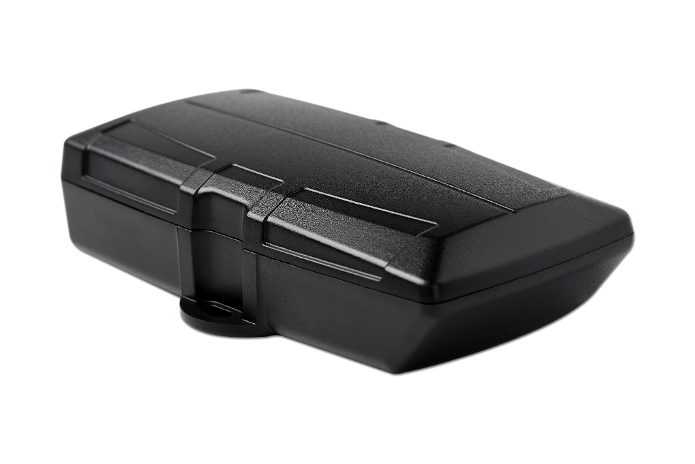 The SU-1200 takes vehicle tracking to the next level!

Simply Unified has used the latest 4G Cat-M1/NBIoT modem, the SU-1200 tracking device has several inputs and outputs providing a quality solution for virtually any application.

Both our GPS and Mobile antennas are internal, therefore reducing the risk of tamper—an internal back-up battery to provide alerts and tracking operations even when the external powered lost.

The SU-6200 uses the latest 4G Cat M1 modem connected to the  Telstra Network. When the devices are out of coverage, data will be stored and uploaded when coverage is available.

The SU-1200 delivers live tracking. The SU-1200 provides updates when the ignition is turned on or off, an event,  every time the vehicle changes direction or every 30 seconds, whichever comes first!

EASY TO USE SOFTWARE

The SU-1200 software and APP are straightforward to use. Its extremely initiative and our team are always available to provide free one-on-one training if required.

The SU-1200 uses its built-in accelerometer to provide intelligent movement-based tracking. It means that even if the ignition is not triggered (for example, the vehicle is towed), location updates can still take place.

Get outstanding business-grade reporting with the SU-1200. There are many standard reports or easily produce your own custom design reports

The SU-1200 is built-tough only using the very best quality materials and components. Every device passes our 100% quality control process before it leaves our warehouse.

The SU-1200 can send alerts in the event of an accident and rollover alerts triggered by extreme changes in the velocity and orientation of vehicles.

The SU-1200 can capture Six external PTO’s activities. For example the deployment of a Pump or cherry pickers. The SU -1200 features a digital output. The digital output can remotely trigger an external device, for example, a safety beacon. The RS 232 can be used to connect the Iridium Edge® Module or interface with controllers and other sensors.

Full utilisation reports are available as part of our business-grade reporting suite.

The SU-1200 electronically records the Odometer. An accumulative total is maintained. Armed with Odometer records, maintenance and utilisation management is a breeze.

The SU-1200 features a large 1100 mAh LiPo back-up battery. In the event external power is cut or fails, an alert can to trigger. Alerts can be emailed or sent as a push notification to our APP.

Should the worst happen and your vehicle is stolen, activate the recovery mode turn on -live to track at 30-second intervals for vehicle retrieval? There is also the option to immobilise the car.

The SU-1200 cab interface with a range of devices and switches for  temperature sensors,  seatbelt detection, duress and panic buttons, lights, in-cab warning buzzers, and more

The SU-1200 features a tamper alert. Get an instant alert if the device is removed from your asset or disconnected from its power source.

Digital outputs on the SU-1200 can be connected to a relay to enable remote immobilization of vehicles and equipment in the case of theft, abuse or unauthorized usage

Our customers are provided business hour support from 8.00 am to 8.00 pm Monday to Friday, with 24-hour service for critical support issues.

Buy with total confidence. The SU-1200 comes with a no questions asked 14-day money-back guarantee. If you’re not happy with your purchase, simply return it.

Relax, you’re in great hands.  A continuous warranty supports the SU-1200 as part of our service plan for complete peace of mind.

Snap-Clip ABS Plastic Housing
Made of sturdy UV resistant plastic the housing clips together for easy assembly, and has 2 convenient mounting tabs.

24 pin connector, A harness is supplied as standard with the SU-1200

1100mAh Li-Po Internal Back up battery.

Allows for an external power removed alert, and the device to continue tracking for some time should there be a power cut.

The SU-1200 passes stringent automotive power “load dump” tests to ensure that it will continue to operate in the harshest electrical systems. A built-in self-resetting fuse makes installation easy and safe.

Normally data is sent to the server immediately, but if the device is out of range, there is space to ensure no data is lost – for many weeks of driving!

Allows the device to detect harsh driving events, and to go to ‘sleep’ when not moving, resulting in extremely low standby current

The SU-1200 is equipped with a Bluetooth v5 module, enabling it to communicate with Bluetooth tags and sensors. Such tags can be placed on low-value assets to provide their position when in range of the SU-1200.

Sensors, e.g. temperature/tyre pressure can relay information to the SU-1200, which will upload the data to the server. Contact DM for sensor support

Internal GPS and cellular antennas tuned by RF laboratories for optimal performance. Having the antennas inside the housing makes for very simple and quick installation

GPS signals get boosted by a special low-noise amplifier (LNA). This allows operation where other units will fail to receive the GPS signal.

Audible alert without requiring the installation of an external buzzer. Can be used for speeding alerts, harsh driving alerts, reminders to swipe RFID tags, error conditions, input feedback and other events.

The SU-1200 can provide power to external peripherals allowing for easy installation and doing away with the need for additional external power supplies.

The SU-1200 gets updated from the server with lists of Drivers that are allowed to drive the vehicle.

3rd Party readers which output one of the above formats can be integrated into the SU-1200 FW to enable current site cards/passes to be used.

Can be used to connect and Iridium Edge Module for out of cellular coverage.

The diagnostic LED makes it easy to see if the device is operating correctly.

The SU-1200 trip logging is flexible and can be configured to log based on a variety of parameters including:

The SU-1200 uses the built-in accelerometer to detect high G impacts such as accidents and rollovers and reports these events to the server for emergency alerting.

The SU-1200 automatically calibrates its built-in three-axis accelerometer and uses this to detect harsh driving events:

These events are logged in the SU-1200 along with additional event statistics that allow back-end server platforms to perform sophisticated driver profiling and scoring.

The SU-1200 keeps a second-by-second “black box” recording of valuable GPS and accelerometer data for a two-hour window. This data can be automatically uploaded to the server when an accident is detected, or it can be requested manually.

Automatically control outputs, e.g. to switch on warning lights when inside a special area.

The SU-1200 can determine a trip has started based upon:

The SU-1200 continuously scans for Bluetooth devices. DM products include the Guppy Bluetooth and SensorNode Bluetooth.

The SU-1200 intelligently maintains a list of devices in range and reports the list to the server on the following conditions:

Tag lost (goes out of range)

The SU-5100 keeps a second-by-second “BlackBox” recording of valuable GPS and accelerometer data for a two-hour window. This data can be automatically uploaded to the server when an accident is detected, or it can be requested manually.

The SU-1200 supports several ways to identify a driver:

RFID reader and a card or keyfob

The SU-1200 can be updated from the server with lists of Drivers that are allowed to drive the vehicle that it is installed in. When a driver or operator registers on the SU-1200 it will check the Driver List to see if that person is authorised to drive the vehicle. The list also includes information about the driver such as whether they can perform supervisor functions. 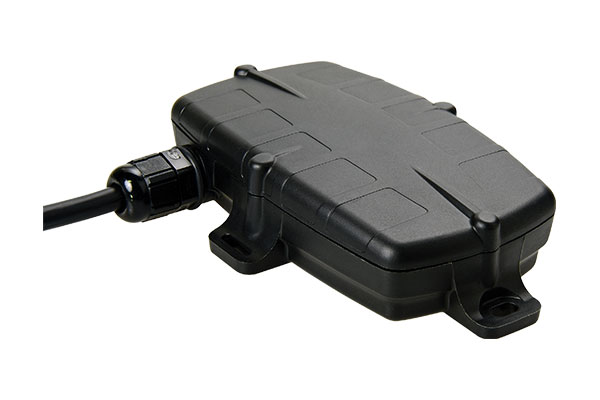 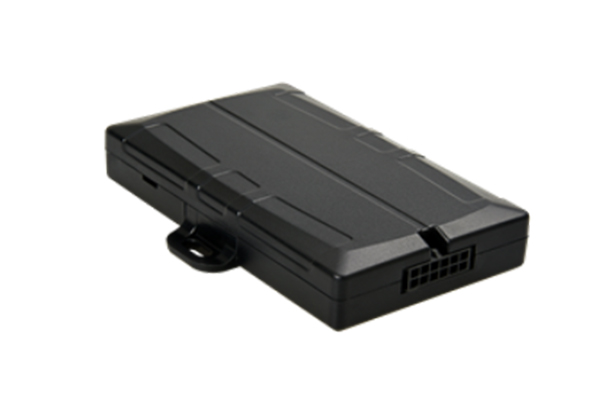 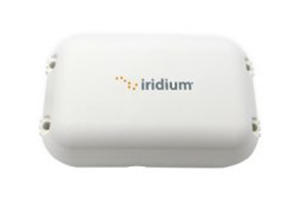 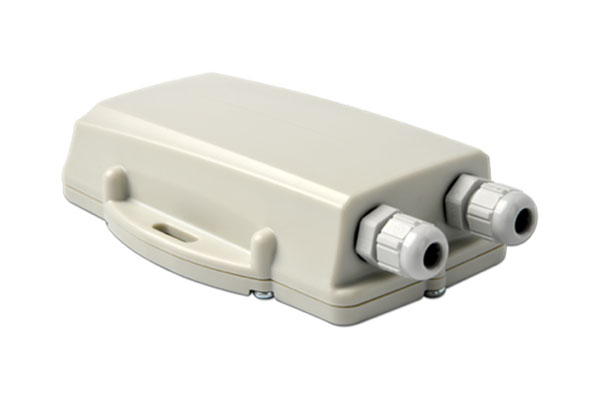